Send us a message » 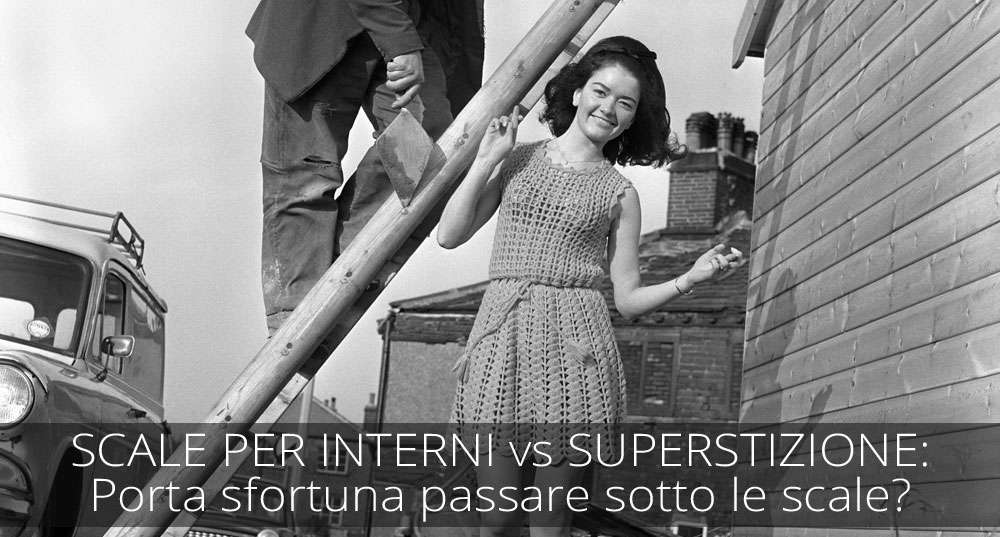 With Halloween, the most "scary" day of the year, old superstitions and ancient popular sayings come back to us.
For example, have you ever gone under a staircase (but not those of Mobirolo eh!) And then think that brings bad luck?
Looking back in time we can find two types of explanation: a religious and a profane.
On the religious level, we must travel backwards in history to find those populations who considered the figure of the sacred triangle: the ancient Egyptians (they associate the triangle with the triad of spiritual faith) and the Christians (they link the triangle to the concept of the Holy Trinity).
Now you are wondering, "And now what does the triangle have to do with the staircases?"
Well the answer is simple: if you put a staircase on a wall you will notice that a triangle will form.
Consequently, passing under a staircase would mean breaking the sacred figure and attracting divine wrath.

As for the profane plan, some trace superstition to the Middle Ages when during the battles the castles were attacked by placing large stairs to try to reach the top of the protective walls.
Soldiers tried to stop the enemy's advance by pouring against anything that could slow it down like hot oil or boulders.
Over time, the saying "passing under the staircase" became popular even outside the war to refer to something risky for its safety.

Let's go back to the present now. Usually it is the grandmothers or the sages of the country to say that if an unmarried woman passes under a staircase or leaning against the wall she will not marry, or on the contrary if she stumbles on the steps of a staircase, will soon be married; for those who instead stumble down the stairs, it is an omen of loss of money.
Pay attention to how you put your feet, the stairs are always lurking.
You may also be interested in:
- 3 Advantages of LED lighting for indoor
- Mobirolo modern staircases: the solution to your home's problems
- Anti-slip stairs: anti-slip strips for your safety

We work to deliver a quality product, made to suit the client and designed to last.